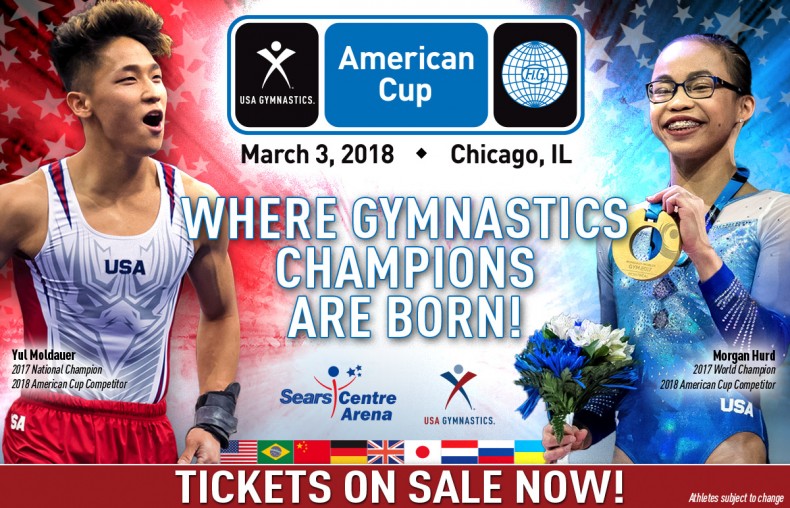 A big weekend of gymnastics is coming to Chicagoland in 2018! In a span of two days, fans can see three exciting events at the Sears Centre Arena, March 2-3, that between them feature top and rising stars from the USA and around the world.

The Nastia Liukin Cup, entering its ninth year, kicks off the weekend on Friday night with a showcase of many of the country’s rising Junior Olympic stars. Three-time Olympic Champion Gabby Douglas competed in the 2010 Nastia Liukin Cup before going on to her first Olympics in 2012 and won the 2016 American Cup on her road to Rio.

Don't miss this opportunity to see many of the world's best gymnasts at the American Cup, as well as the country's rising men and women, during this special weekend of gymnastics.

Parking for this event is $20 per day